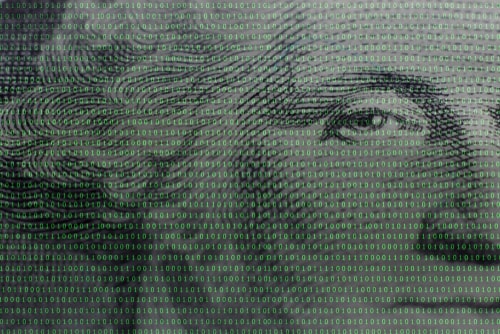 (Kitco News) After the widely well-received Lummis-Gillibrand crypto bill, U.S. lawmakers are ready to roll up their sleeves to pass a clear federal stablecoin law following the TerraUSD stablecoin collapse.

U.S. lawmakers descended on Austin, Texas this week to attend a popular Consensus 2022 crypto conference that featured over 400 speakers and 15,000 attendees.

The majority of attendees embraced the potential regulatory clarity coming from Washington, with Lummis and Gillibrand explaining their own bill as a very comprehensive piece of legislation that takes the existing regularity framework and lays the crypto world on top of it.

“The CFTC will be regulating digital assets that are commodities for spot and futures market,” Lummis said Friday. “The taxation components are addressed, the definitions are addressed. We are attempting to bring to the floor of the Senate for its first opportunity to look at this broadly, including stablecoins and testing the notions of the CBDC with regard to some studies.”

To read more about the proposed Lummis-Gillibrand bill, click here.

.@SenLummis on latest #crypto bill: It takes existing regularity framework, and we lay crypto world on top of that. For #CFTC, they will regulate digital assets that are commodities for spot and futures market. pic.twitter.com/IJ24HilU2b

Another big headline that came out from the panel discussion was the incredible speed with which the U.S. could see federal regulation on stablecoins getting passed.

“I’m going to go out on a limb and say we get stablecoins done this year,” Toomey said.

He added that lawmakers seem to have a broad consensus and an urgency to make it happen. Toomey has his own bill on stablecoins that he proposed back in April.

“We’re going to need to have regulatory certainty about that,” he said. “I know the [Biden] administration is interested in doing something in this space.”

Other lawmakers on the panel agreed with the urgency described by Toomey, especially after the dramatic collapse of the TerraUSD.

“I think we could do a stablecoin bill between now and the end of the year because it’s urgent,” Gillibrand said. “We just had a financial crisis, we just had a meltdown, we just had a disruption because there is no regulation. And it’s not fair to the entire industry.”

However, she admitted that passing anything this quickly would be very difficult in Washington because of how many committees need to be involved.

McHenry pointed out that there is no federal definition or federal law that defines stablecoins. “It is important we get that right. We need to protect innovation in that space. Need to have a clear treatment of digital assets,” he said.

McHenry also revealed that the House is “close to significant movement” in a big bipartisan way on stablecoins. “This summer, you’ll see a bipartisan bill out of the House Financial Services Committee on asset-backed stablecoins,” he stated.